This Jacobean manor house  on the banks of the River Calder is surrounded by woodland and gardens including the rose garden with its display of Heritage roses. A National Trust property with period rooms, 17th century oak panelling and ornate plasterwork;  the hall was remodelled by Sir Charles Barry, the architect of the Houses of Parliament, and Augustus Pugin in the 19th century.  Gawthorpe Hall houses the North West’s largest collection of portraits on loan from the National Portrait Gallery and was the home of the Shuttleworth family from 1609 – 1967.

One of the most influential members of the family was Richard Shuttleworth, he was High Sheriff of Lancashire and a colonel in the Parliamentary Army during the Civil War; he commanded the local militia leading them to victory at the Battle of Read Bridge in 1643 when 400 of his men defeated 4,000 Royalist troops. Richard was also a magistrate at the trial of the Pendle Witches and was responsible for condemning the last witch to death, come and find out more in 2012 at the exhibition marking the 400th anniversary of the Pendle Witches.

Charlotte Bronte was a great friend of James Kay-Shuttleworth and his wife Janet and stayed at Gawthorpe at least twice during her lifetime. Both Charlotte and her father kept up a correspondence with James who introduced Charlotte to her close friend and biographer Elizabeth Gaskell. The hall is the start of the Bronte Way a linear walk from Burnley via Wycoller and Haworth to Oakworth near Bradford.

Events take place throughout the season at Gawthorpe and  will bring a new dimension to your visit. Step back to the 17th century on a weeked with the GAS company (The Guild of Gentry and Allied Skills) or experience an outdoor theatre performance  in the grounds on a summer evening. If you’re brave enough you could join us on a Twilight Terror Tour at Hallowe’en and discover the ghosts and legends of Gawthorpe. Then to remind you of Christmases past finish off the year at our traditional Victorian Christmas celebrations.

Also in: Burnley by Day 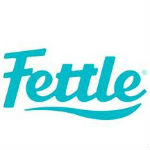