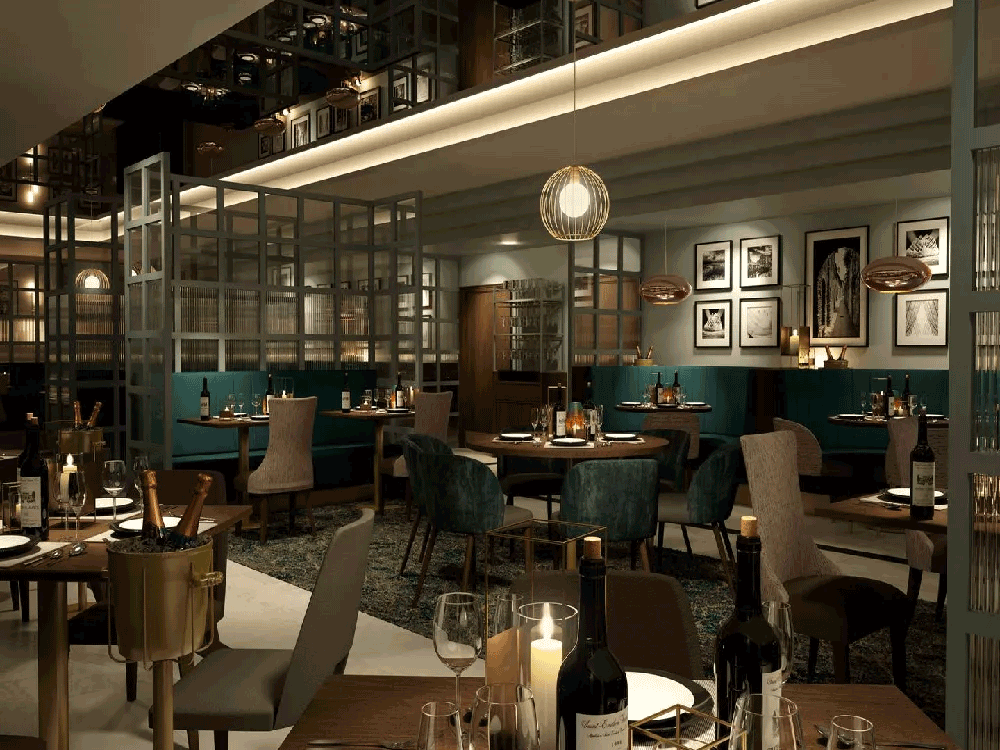 A luxury £12m. hotel is the latest leisure attraction to appear on the Burnley skyline, a facility expected to boost Burnley’s profile across the region.

The new Crow Wood Hotel is the final piece in the jigsaw for entrepreneur Andrew Brown’s Crow Wood leisure complex, a labour of love that started nearly 20 years ago. Expected to open in October, the 76-bedroom hotel will boast a huge banqueting hall, Mediterranean restaurant and corporate facilities.

A proud Mr Brown, who laid the foundations for his popular leisure complex in 2001, which more recently came to include the award-winning Woodland Spa, said the whole site would now be known as the Crow Wood Hotel and Spa Resort. The hotel project has not been without its problems – a legal dispute over the use of the land saw building work halted in January of last year for several months, but has been resumed in earnest recently.

Mr Brown said: “I’m delighted that the hotel is finally taking shape. It will be the final piece in the Crow Wood jigsaw, which began around 20 years ago.

“The hotel became a must following the success of the Woodland Spa, with many of our guests wanting to stay overnight. There is always a long waiting list for the 11 rooms we have available now so a hotel seemed the next logical step.

“It will be more than just a hotel though. The building will feature a huge 400-person banqueting suite with permanent dance floor, and an adjoining wedding chapel.

“It will also house a massive kitchen that will cater for any functions or corporate events. An entrance foyer and lobby bar will lead into the banquesting area.”

Wilfred’s Restaurant and Bar will be a standalone venue with its own entrance and cocktail bar. The whole project is expected to create around 70 full and part-time jobs.

Set within landscaped gardens with views over to Pendle Hill, an ornamental lake has been created and 1,000 trees planted, although some 700 had to be felled to make way.

Mr Brown added: “I’m proud of the project and I’m delighted to be creating this for Burnley. We have used local building firms and hopefully we’ll be able to recruit lots of talented local people to work at the hotel once it is completed.