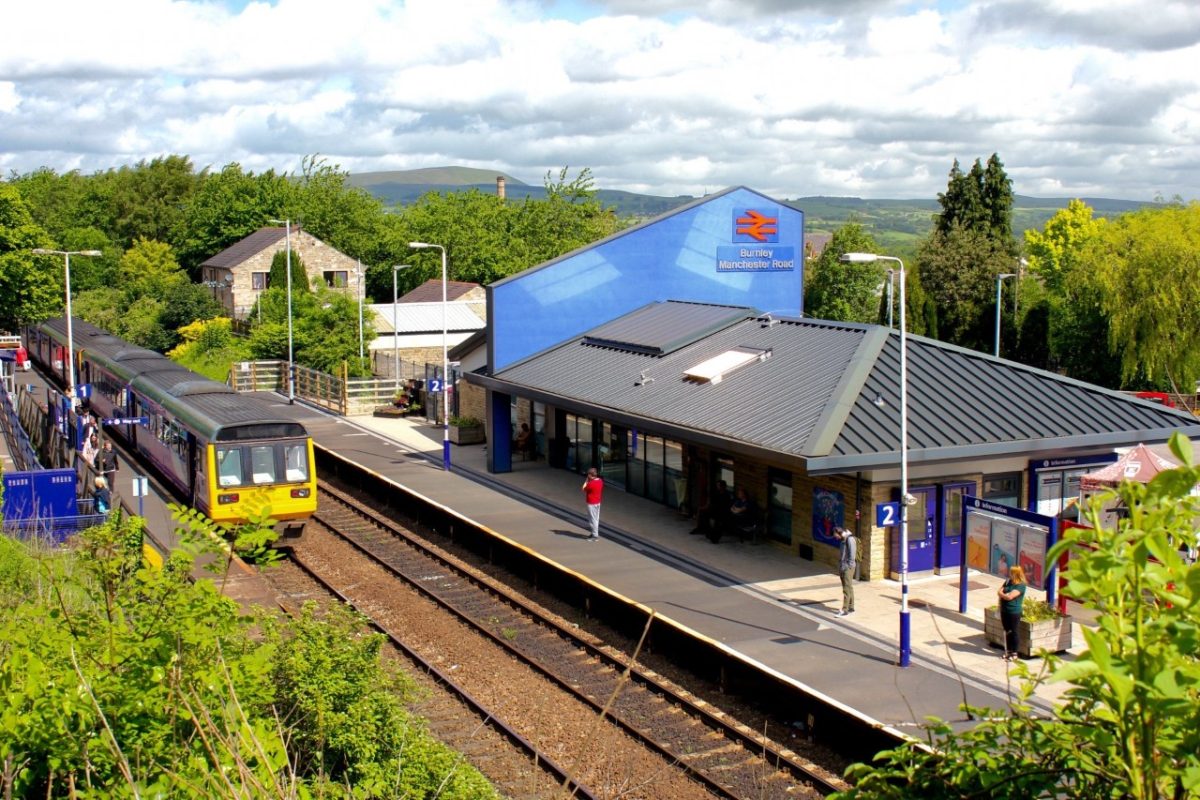 It’s been five years since the so-called Todmorden Curve opened, creating a direct rail link between Burnley and Manchester.

When it launched in 2015, the direct train service was the first between East Lancashire and Manchester in over 40 years.

Mark Crabtree OBE, chairman of the Burnley Bondholders private/public sector partnership and founder and managing director of Burnley-based AMS Neve, said: “The reopening of the line really supported the vision we have for Burnley – to build on the innovative, resilient and entrepreneurial approach the town has. Burnley is firmly establishing itself as a place to invest, work, live and study – and the recent news that Burnley College Sixth Form has been officially named as the top college in England is evidence of that.

“The direct rail link hugely benefits the local economy and employment, not to mention making it even easier for those outside the town to visit our impressive countryside and facilities. The original £13 million investment into the reopening of the Todmorden Curve and refurbishment of Burnley Manchester Road train station has clearly paid dividends and will do for many years to come.”

Burnley College Sixth Form was recently announced as England’s highest-achieving college, which is also rated as ‘Outstanding’ by Ofsted. The college also offers university courses, whilst UCLan also provides degree courses in the town. The direct train line to Manchester not only makes Burnley a more convenient destination for students to come to study, but also provides easy access for them to visit the city. There are plans to cater to 4,000 university students in the town by 2025**.

Chief Executive of Burnley Council Mick Cartledge said: “Every day I am impressed by the achievements the people and businesses of this town make. We have a resilient, innovative and entrepreneurial spirit and an increasing number of investors are recognising that. The reopening of the Todmorden Curve has built on this, providing a further boost to our local economy and employment. This improved connectivity will be vital in the long term as we recover from the COVID-19 pandemic. There is a real commitment by everyone to drive Burnley forward.”

The direct rail link is one of the many impressive investments made in the town over the past few years. Since 2010, £900 million of private and public investment has been made in Burnley.

Leon Calverley, Managing Director at digital marketing firm Door4, which relocated to Burnley from Pendle in 2017, said: “I’m from Burnley so I know first hand how business-friendly the town is. When space became available at Burnley Wharf next to the canal, we immediately expressed an interest. Not only is it in a beautiful location, but it is close to Manchester Road train station and the bus station, which played an important part in our decision. In addition, we knew we would have access to Burnley’s larger talent pool as the town continues to solidify itself as an impressive digital hub. Being connected to Manchester provides us with the ability to do business daily in the city, whilst maintaining Burnley headquarters.”

Burnley has further ambitious plans for its future, including 3,880 new homes planned by 2032**. Since the line reopened, there has been a renewed confidence in house builders. Barnfield and McDermott Homes are just two of the developers to significantly invest in Burnley, with the latter recently launching its Valour Park development on Kiddrow Lane off Padiham Road. In 2016, there were 80 starts or completions of new builds in Burnley. This increased to 130 by 2017 and rose to 160 by 2019***.

The town also attracts 2.6 million tourism visits annually****, boosted by the fact that 80 per cent of the town is rural. Premier League Burnley Football Club and global award-winning spa Crow Wood are just two of the attractions that draw in both locals and visitors from further afield.

* The figures are for all journeys made to and from Burnley Manchester Road, not just between Manchester Victoria (source ORR)